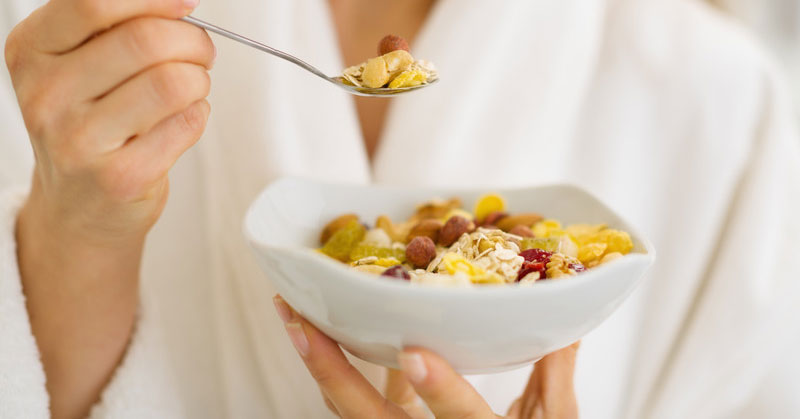 Healthy gums are absolutely essential for your teeth and your overall oral health. In fact, gum disease is one of the leading causes of tooth loss, and it has been associated with other much more dangerous conditions, such as diabetes, heart disease and even Alzheimer’s. You probably know that it’s important to brush your teeth twice a day and floss at least once a day to maintain good oral health. But you may not know that the food and drinks you consume can also play an important role in the health of your gums.

Researchers have found that people who consume dairy products that contain lactic acid – such as milk, yogurt and cheese – experience less gum disease than people who do not. Specifically, those people who drank lactic acid drinks and those who ate yogurt on a regular basis seemed to particularly benefit from those products. Cheese and milk, although both helpful, weren’t quite as effective as yogurt and lactic acid drinks, according to the study conducted by Japanese researchers. The study suggests that the probiotic impact of Lactobacillus bacteria could help people to maintain healthy gum tissue.

If dairy products don’t hold much appeal for you, consider enjoying a cup of tea to help your gums. In the same Japanese study, researchers found that people who drank green tea on a regular basis enjoyed generally healthier gums than those who did not (most likely due to the anti-inflammatory benefits provided by green tea). And in a separate study conducted inside the U.S., researchers found that black tea was effective in fighting bacteria and acidity inside a person’s mouth, helping to fight cavities.

In addition to dairy products and tea, other research has shown that eating foods with a high vitamin C content can help to maintain healthy gums. Foods like citrus fruit, broccoli, tomatoes, strawberries, bell peppers and several others not only benefit your gums, but your overall health as well.

Of course, healthy gums are also dependent on a daily oral hygiene regimen. Brushing your teeth twice a day and flossing once a day is the standard recommendation. But your gums would benefit from flossing more often. You might also consider using additional dental devices designed to promote gum health, such as different floss-related tools or instruments that use a stream of water to remove particles of food that get trapped under the gum surface or between teeth. Anti-gingivitis mouthwashes can also be helpful in removing bacteria that can lead to gum disease.

By enjoying foods and drinks that have been shown to be healthy for gum tissue, as well as practicing a daily oral hygiene routine at home and visiting your dentist on a regular basis, you can enjoy a lifetime of healthy gums and teeth!