Bleeding Gums During Pregnancy: What You Should Know 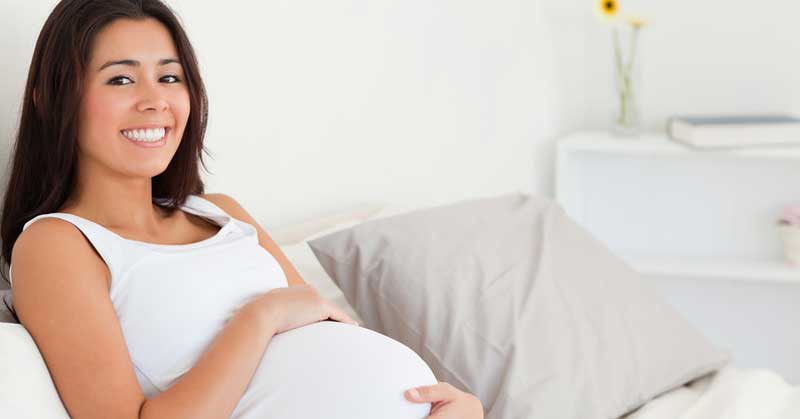 Pregnancy comes with a whole host of fun side effects. Weight gain, acne, swollen feet, heartburn — all are commonly experienced by women during pregnancy. But there’s another symptom of growing a tiny human inside you that might catch you off guard: bleeding gums. One of the less-talked about symptoms of pregnancy, bleeding gums are actually pretty routine (if a little squicky) experience for many women. Statistics show nearly half of pregnant women go through something similar during pregnancy. Read on to find out more about this particular phenomenon and what you should do if you’re experiencing it.

One of the many effects of the hormones running rampant through your body all of a sudden is that they can inflame tissue, specifically on your gums. This alone will make your gums puffy and prone to bleeding when you brush and at other times. The hormones also make your gums more susceptible to bacteria that can cause gingivitis. This condition, appropriately known as “pregnancy gingivitis,” will also cause your gums to be sore and cause them to bleed.

While gingivitis and inflamed gums won’t be a huge danger on their own, they can cause other problems if left untreated, and they’re all in addition to the pain and discomfort that will not go away unless you address the issue. Specifically in the case of gingivitis, tooth decay can occur in extreme scenarios, and we bet the last thing you want to do while you’re pregnant is have oral surgery of any kind. Even though there are plenty of pregnancy safe anesthetics, we’re pretty sure you’ll have a better time with preventative care instead.

If you’re experiencing these symptoms, now’s the time to up your dental care game. Brush often, but softly — you want to keep your mouth clean, but irritating your gums further won’t do any good. Flossing is also a must as it’s necessary to get at bacteria wedged between your teeth that your brush won’t reach. Mouthwash is also effective, but alcohol-based brands might cause discomfort if your gums are tender. Consider a non-alcoholic brand like Biotene if your Listerine feels too intense. Finally, visiting your dentist on a regular basis is essential to proper mouth care. No one can get your teeth as clean as your dentist can during a routine cleaning, and he’ll also be able to spot any potential problems that could pop up. Sometimes the best medicine is prevention.